skip to main | skip to sidebar

For me, this is SO not funny

Nolah, this is damn funny wey...for me especially!

Don't think, just shoot is SO not true

These 3 pictures are the top 3 shots that I got from my first roll of film (first time using Ms Helga too)using the expired York Color ISO 200. 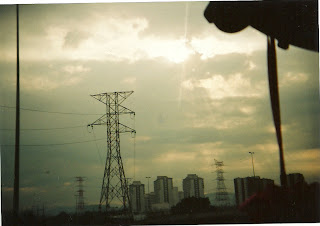 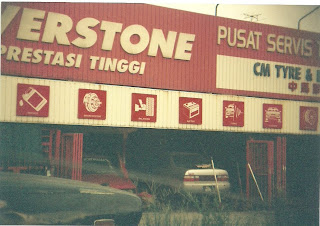 Coz this picture has a lot of shapes compared to others 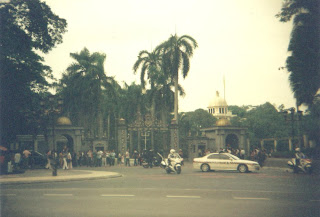 Coz it is Istana Negara =)

I did a number of double exposure, but none of it were developed! I think the place that I went to (at PeeBeeDee) do not do cross processing. The film I used has 36 exposures but only 18 were developed. I talked to this 'kedai gambar' near my place owner, the lady said maybe 'kedai gambar' PeeBeeDee mixes their chemical to develop. Since nowadays there a only a few who developed their films (me think H0l94 and other L0m0 lovers only) that's y the developers do that because of less demand(not my view k, the owner lady of 'kedai gambar').

I compared my pictures to other H0l94 pictures & found out my pics are not clear or sharp. I wonder why. Maybe there is lack of light (I've read somewhere if take shots during sunny days will be damn awesome.)Thinking of buying the flash lah later.

I also face difficulties in focusing on shots using this TLR, especially the viewfinder. Is it because H0l94 TLR are not good? I have a few shots where I remembered I focused on something else but it took a different view (kenot blame also coz I took the shot while the car is moving!) hihi.

Will try to take shots during sunny days. I have two rolls of slide films but sayang nak guna coz they are quite rare. Maybe I will try the fresh one after this.

Owh, the phrase "Dont think just shoot" is not applicable to me. I have to think so that my pictures will make sense. A lot of pictures made me wondering waddahell? ekhekekhe

Exam is just around the corner

Professional qualification is very important for us auditors as it differentiates us from other 'auditors'. It also serves as the mines of technical knowledge that help us in doing our work basically, whether it is financial, operational, compliance, IT audit.

I am taking ACCA at the moment. This seating I will battling (again) with F7, F8 & F9 papers which I did not have much 'luck' and sound knowledge at previous seatings. This posting is basically to warn me that I have only 9 days to study all these 3 papers. Still I did not adhere to my strict time table which lets me at least cover the syllabus once.

Tips for ppl who will be taking exams (whether it is ACCA, MIA, CAT, etc):

1. Never study in your room. It is too comfortable where the bed is at its 'cosi'est mode ever!!
2. The best place to study, at library. Equipped with lecturer notes, past year papers, all the
colorful pens that you bought last month, mp3/ipod player, hey, u are ready to go!
3. Study groups. It is essential but not compulsory. After all, my study group is going nowhere
now, can't really rely on them for the future, aight?
4. Sufficient supplies of tit-bits, lunch + dinner, sweets, asam, kerepek, etc. You don't want to
waste your time by just walking back and forth to the nearest mamak, food court, kedai runcit
right? You don't have time (luxury) anymore!!
5. For Muslims, your ketayap/songkok/telekung. God's miracle is very much needed at this
point of time.
6. Family, friends who are very supportive. To these people, don't suddenly come up with the
idea of gatherings, lunches, dinners, karok sessions. It is distracting and we do not want to be
labelled as bad cousins,aunties,uncles,friends,buddies because we cannot attend. Please
understand. Educating these group of people that we have to practically burn the midnight
oil is a must!
7. Please be focused!
8. No Internet. This is also very distracting. Hahah, let me get to doing exercises then.

Ehemm.. I didn't decide to choose auditing as a career initially. I am an IT graduate, well that is what I have studied for my degree. But things have been a lil bit crazy for the past 26 and a half years (and still are, but I am loving and enjoying it every moment) and here I am auditing for my 'sesuap nasi'.

I started with MICPA Conversion Course where we (a group of people, can't remember the exact number) learned on Financial Accounting, Management Accounting, Tax and Business Law in around 6 months.. haha.. not bad eh (Note: Author did take Accounts for SPM. Result - F9. Thank God it was not included in the SPM Cert). Pass all the 4 papers and worked in one of the Big 4 firm. This is where it all started...

Am I a perfectionist? Kindda, maybe that is why I love this area despite of all the 'cabaran yang tidak berhenti-henti menimpa'. One (no, more than one) once said that I cannot survive doing auditing (is auditing in Big 4 considered as the 'only' auditing?) I just have to prove them wrong.

SO here we are .... the ABCs and 123s of auditing , chewah!! (The level of ramblings/ articles/ discussion points here is interrelated with the level of audit skills that I have at the moment.)